Welcome to This Digital life

This monthly podcast focusses on the transformation of our industry through digital innovation. Host, Luke Buesnel, interviews business futurists, political leaders and property industry experts to help you understand the new business frontier and how you can adapt to it. We'll also post up relevant articles about the digital landscape as they come to life.

Business marketing in the digital age

In this podcast, I interview Elissa Robertson owner of Robertson Conveyancing and Adam Laurie managing director of Digital360 about how small business can market itself online. 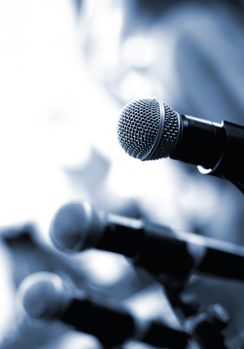 The second This Digital Life podcast interviews two major political players about why the Council of Australian Governments (COAG) agreed to an e-Conveyancing initiative.

For those long involved with e-Conveyancing, some comments by former federal Finance Minister Lindsay Tanner will be familiar. For those that have recently joined the network, this podcast will provide great history.

In this podcast, Mr Tanner, who was COAG Business Regulation and Competition Working Group lead, explains his long-held belief that governments must invest in innovation. In 1999 he wrote Open Australia, a book that addressed Australia’s future and the need to remain competitive, in part, through innovation. This formed the cornerstone of the Rudd Government’s decision to pursue online property transactions.

I also interview former Victorian Premier, John Brumby, who was COAG Chair at the time of this reform. Mr Brumby detailed why all state and territory governments agreed to an e-Conveyancing initiative (a rarity in COAG history). Mr Brumby also articulates examples of other industries that have digitally adapted and prospered.

This podcast speaks to former Tasmania Premier and digital futures expert, David Bartlett, about the future of business and Macpherson Kelley Lawyer, Sebastian Renato, who explains how e-Conveyancing was implemented within Macpherson Kelley.